UFC 22: No Worlds Left to Conquer 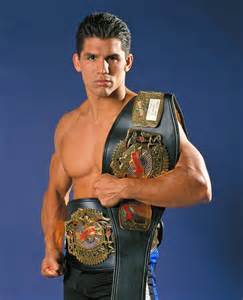 Frank Shamrock walked away from the UFC and his light heavyweight title after a scintillating title defense over Tito Ortiz.

Shamrock later vacated the title, citing a lack of competition. He finished his career by posting a 4-3 record in Strikeforce, K-1, WEC and EliteXC.

In 2015, Ortiz told MMA Fighting that he turned down a chance to even the score with Shamrock.

Chuck Liddell, another UFC legend in the making, improved his Octagon record to 2-1 with a TKO win over Paul Jones at the 3:53 mark.

Brad Kohler knocked out Steve Judson in a heavyweight fight. Judson needed oxygen after the fight and left on a stretcher.

Jeremy Horn scored his third straight UFC win in a row by submitting Jason Godsey with an armbar in 2:08.

Jens “Lil’ Evil” Pulver made his UFC debut against Alfonso Acarez. Pulver won by unanimous decision, but the result was later changed to a draw.

Other results included John Lewis over Lowell Anderson as a result of a Round 3 corner stoppage; and Tim Lajcik fighting to a draw with Ron “H2O” Waterman.
at April 27, 2017