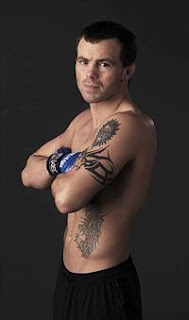 Kevin Randleman and Pedro Rizzo battled for the heavyweight title at UFC 26 to make up for the “Backstage Knockout” incident at UFC 24.

The fans booed the fighters out of the building, after they presented a boring, tentative fight. Randleman retained the title by unanimous decision.

“I understand the boos and I definitely deserve it,” Randleman said. “I think Pedro and I just respected each other too much.”

Pat Miletich made Iowa proud by retaining his UFC welterweight title against John Alessio at UFC 26.

Miletich improved his UFC record to 5-0 by forcing Alessio to tap out to an armbar in Round 2.

Matt Hughes picked up his second UFC win. He beat Marcelo Aguiar when the doctor stopped the fight at the 4:34 mark.

Alex Andrade was disqualified in his middleweight fight with Amaury Bitetti in Round 2. Andrade kicked his opponent illegally with shoes three times.

Tyrone “Native Warrior” Roberts, another of Iowa’s favorite sons, won a unanimous decision in his UFC debut over David Dodd.

Ian Freeman became the first British fighter to score a UFC victory when he beat Nate Schroeder by submission to strikes in Round 2. This prelim fight aired on PPV.

In another prelim fight, Shonie Carter improved to 2-0 in the UFC with a unanimous decision win over Adrian Serrano.