UFC 30: The Era of Zuffa Begins 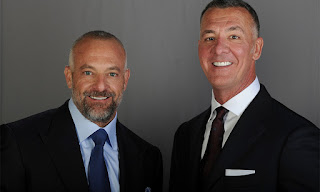 The first show under new ownership didn’t present a dramatic change, but the company was now free from the threat of bankruptcy.

Check out this video of White (with hair!) talking about his vision for the company on the UFC 30 broadcast.

Tito Ortiz retained his UFC middleweight title in the main event. He knocked Evan Tanner out with a huge slam in just 30 seconds.

Fabiano Iha got back on the winning track when he forced Phil Johns to submit to an armbar at the 2:05 mark.

Australian middleweight Elvis “The King of Rock & Rumble” Sinosic made a strong debut by defeating Jeremy Horn with a triangle armbar.

After headlining two shows, Pedro Rizzo fought in the second match and knocked out future heavyweight champion Josh Barnett in the second round. It was Barnett's first loss in 11 MMA bouts.

"To be honest, I really don't know what hit me," Barnett said.

The pay-per-view opened with Bobby “The Truth” Hoffman knocking out Mark Robinson in a heavyweight bout. However, the decision was changed to a no-contest after Hoffman failed a post-fight drug test.

Sean “Muscle Shark” Sherk beat Tiki Ghosn by dislocating his shoulder and forcing him to tap out late in the second round. Sherk would go on to win the UFC Lightweight title.

Phil Baroni also made a successful Octagon debut with a unanimous decision win over Curtis Stout.