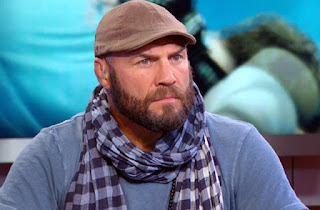 This was a rematch from UFC 46, where the doctor stopped the fight due to a cut on Couture’s eye after just 49 seconds of action.

Belfort defended the title, and this time the doctor determined that he had taken enough punishment. At least the fans got three full rounds of action.


In other action, Chuck Liddell built on his win over Tito Ortiz at UFC 48 by knocking out Victor White at the 4:05 mark.

In other pay-per-view bouts, Justin Eilers knocked out childhood friend Mike Kyle in 74 seconds; and Joe Riggs elbowed Joe Doerksen into submission in Round 2.

Yves Edwards knocked out Josh “The Punk” Thomson in a preliminary fight. The “Thug-Jitsu Master” hit a flying head kick and followed up with punches to win at the 4:32 mark.

This was the last lightweight bout in UFC for a year and a half.

In the other prelim fights, Karo Parisyan beat Nick Diaz by split decision; and Chris “Lights Out” Lytle beat Ronald Jhun with a guillotine choke in Round 2.
at July 03, 2017