UFC 52: The Iceman Winneth the Title 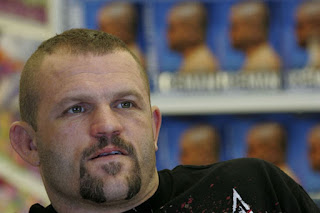 The bout drew a crowd of 14,562, paying a record gate of $2.5 million. Couture and Liddell were the coaches for the first season of The Ultimate Fighter, which concluded one week earlier.

Liddell gained redemption for his loss to Couture at UFC 43 two years earlier by knocking out the champ at the 2:06 mark.

Matt Hughes retained the UFC welterweight title by defeating Frank Trigg with a rear naked choke at the 4:05 mark. This was the first fight to be inducted into the UFC Hall of Fame in 2015.


Georges St.  Pierre rebounded from his loss to Matt Hughes at UFC 50 by winning a unanimous decision over Jason “Mayhem” Miller.

In other pay-per-view bouts, Renato “Babalu” Sobral beat Travis Wiuff with an armbar in Round 2; and Matt Lindland beat Travis “The Serial Killer” Lutter with a guillotine choke in the second round.


Patrick Cote, who main evented UFC 50 against Tito Ortiz, lost a preliminary fight to Joe Doerksen via rear naked choke in Round 3.

In the other prelims, Mike Van Arsdale beat John Marsh by unanimous decision; and Ivan Salaverry beat Joe Riggs with a triangle choke at the 2:42 mark.
at July 11, 2017