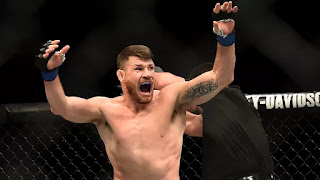 Tito Ortiz and Ken Shamrock led their troops into battle for the finale of The Ultimate Fighter Season 3.

Ortiz and Shamrock, the TUF 3 coaches, battled each other two weeks later in the main event of UFC 61: Bitter Rivals. Ortiz won by TKO in 78 seconds.

Michael “The Count” Bisping won the TUF 3 light heavyweight tournament over fellow Team Ortiz member Josh Haynes on a TKO late in the second round.

Bisping was a top challenger for a several years before finally capturing the UFC middleweight title from Luke Rockhold in 2016.

Grove compiled a 7-6 UFC record over the ensuing five years. Herman was so impressive in defeat that he earned a job and was a mainstay in the Octagon over the next decade.


In the lightweight main event, Kenny Florian beat Sam “Hands of Stone” Stout with a rear naked choke at 1:46.

“The Dean of Mean” Keith Jardine opened the Spike TV telecast with a unanimous decision win over Wilson Gouveia.

In a preliminary fight that aired on TV, Matt Hamill beat Jesse Forbes by TKO in 4:47.

Several other TUF 3 contestants were featured in the following preliminary fights: