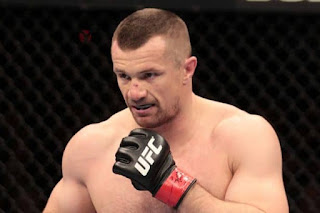 Mirko Cro Cop and Quentin “Rampage” Jackson made successful transitions from the PRIDE ring to the Octagon at UFC 67.

Jackson, one of PRIDE’s most popular fighters, knocked out Marvin Eastman to avenge a loss earlier in his career.

UFC didn’t officially take over PRIDE for another month, but the influx of new talent came at the perfect time. Two championship matches were scrapped from the pay-per-view.

Travis “The Serial Killer” Lutter was supposed to challenge Anderson Silva as a reward for winning TUF Season 4, but he missed weight.

The fight went on in the main event with no title on the line. Silva won with a triangle choke accompanied by a series of elbows.


Roger Huerta only needed 18 seconds to score a TKO win over John Halverson.

Patrick “The Predator” Cote won the PPV opener with a unanimous decision over Scott Smith.

Two future UFC champions made their Octagon debuts on the pre-show.

Frankie Edgar, who would go on to win the lightweight title, won a unanimous decision over Tyson Griffin.

In other prelim fights, Terry Martin knocked out Jorge Rivera in 14 seconds; and Dustin Hazelett beat Diego Saraiva by unanimous decision.
at December 05, 2017