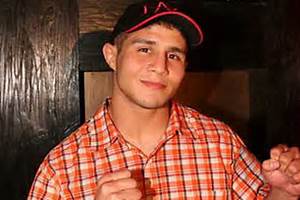 Stevenson used a guillotine choke to beat “The Young Assassin” Melvin Guillard in the main event of the Spike TV broadcast.

After winning TUF 2’s welterweight tournament, Stevenson dropped lost his UFC debut to Josh Neer. He dropped down to lightweight, and this was his second straight win in that division.

Justin McCully, a well-traveled fighter and pro wrestler, substituted for Frank Mir and won a unanimous decision over Antoni Hardonk.


In the Fight of the Night, Kenny Florian improved his standing in the lightweight division with a win over Dokonjonosuke Mishima. Florian won with a rear naked choke with just over a minute left in the fight.

On the pre-show, Kurt Pellegrino beat Nate Mohr by submission to an ankle lock at the 2:58 mark; and Wilson Gouveia defeated a guillotine choke to beat Seth Petruzelli in Round 2.