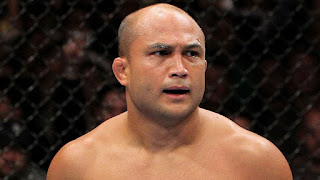 In the heavyweight co-main event, Fabricio Werdum beat Gabriel Gonzaga by TKO in Round 2.

“The Irish Hand Grenade” Marcus Davis won his 11th fight in a row, knocking out Jess Liaudin of France in 64 seconds.
Wilson Gouveia also scored a knockout, putting Jason Lambert away early in the second round of a light heavyweight bout.

Antoni Hardonk only needed 17 seconds to beat Colin Robinson by TKO in a preliminary fight.

Paul Kelly debuted in the Octagon and improved to 8-0 with a unanimous decision over Paul Taylor.

In other pre-show bouts, Alessio Sakara beat James Lee by TKO in 90 seconds; and Sam “Hands of Stone” Stout moved up in the lightweight division with a unanimous decision over Sweden’s first UFC fighter, Per Eklund.
at March 05, 2018