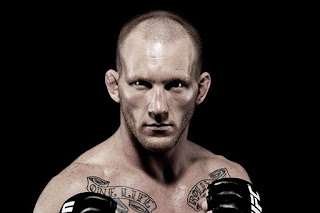 Both lightweights were undefeated heading into the fight, and Maynard got the unanimous decision with 30-27 scorecards across the board.

Edgar and Maynard fought twice in 2011 for Edgar’s lightweight title. They battled to a draw at UFC 125, and Edgar won their final encounter at UFC 136.

In the main event of UFC Fight Night 13, Kenny Florian scored a TKO win over Joe Lauzon in the lightweight main event.

Florian notched in fourth win in a row on a march toward a title shot at BJ Penn, which he received in August 2009.

UFC Fight Night 13 marked the company’s return to the Octagon after a 13-year absence. It was also the lead-in to Season 7 of The Ultimate Fighter, with Forrest Griffin and Rampage Jackson as coaches.

In other bouts, Matt Hamill beat Tim Boetsch, and Thiago Alves defeated Karo Parisyan. Both fights ended by TKO in Round 2. Nate Diaz beat Kurt Pellegrino with a triangle choke in Round 2.

The pre-show also featured some quick finishes. Marcus Aurelio beat the debuting Ryan Roberts with an armbar in 16 seconds; and Anthony “Rumble” Johnson knocked out Tom Speer in 51 seconds.

Other preliminary results included Josh “The Dentist” Neer over Din Thomas by unanimous decision; Manny Gamburyan over Jeff Cox with a guillotine choke at the 1:41 mark; Clay “The Carpenter” Guida over French newcomer Samy Schiavo in 4:15; and George Sotiropoulos over Roman Mitichyan by TKO in Round 2.