UFC 84: BJ Penn and the Roadblock to Redemption 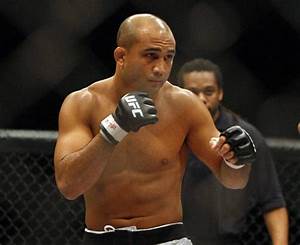 Sherk had been stripped of the title one year earlier after a positive steroid test. Penn pounded his way to a TKO victory as the bell sounded to end Round 3.

UFC 84 drew nearly half a million buys on pay-per-view. All of the other bouts on the main show were in the light heavyweight division.

Lyoto Machida beat Tito Ortiz by unanimous decision for the biggest win of his career. Machida improved his record to 13-0.

Goran Reljic made a strong UFC debut, beating Wilson Gouveia by TKO in Round 2.

Thiago Silva opened the pay-per-view with a win over Antonio Mendes, who tapped out to strikes in 2 minutes, 24 seconds.

Before the PPV went on that air, Shane Carwin made his UFC debut with a 44-second TKO win over Christian Wellisch. Rousimar Palhares beat Ivan Salaverry with an armbar at the 2:36 mark.

Rameau Thierry Sokoudjou defeated Kazuhiro Nakamura by TKO due to a leg injury at the end of Round 1.

South Korea’s “Stun Gun” Dong Hyun Kim remained undefeated in 11 fights with a TKO win over Jason Tan in Round 3.

In other pre-show fights, Rich Clementi won his sixth fight in a row with a unanimous decision over Terry Etim; and Yoshiyuki Yoshida beat Jon “War Machine” Koppenhaver by technical submission to an anaconda choke in 56 seconds.