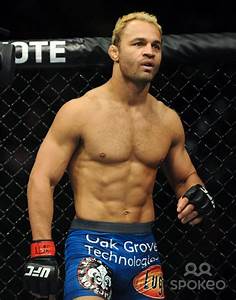 Josh Koscheck capped off a night of brutal UFC action by knocking out Yoshiyuki Yoshida in the main event of Fight for the Troops.

Koscheck bounced back from a loss to Thiago Alves less than two months earlier, ending Yoshida’s nine-fight winning streak at the 2:15 mark.

“What an honor to fight in front of all you guys,” Koscheck told the troops in the crowd.

UFC presented its first show to support the military, as proceeds went to the Intrepid Fallen Heroes Fund.


Mike Swick knocked out Jonathan Goulet in 33 seconds for his third straight win since moving up to the welterweight division.

Tim Credeur beat the previously undefeated Nate Loughran, who could not come out for Round 3 due to a rib injury.

Jim Miller opened the Spike TV broadcast with a unanimous decision win over Matt Wiman, who was the only losing fighter not to go to the hospital.

Corey Hill suffered the worst injury of the night. He broke his leg in a second-round TKO loss to Dale Hartt on the pre-show.

Steve Bruno, who formerly served in the U.S. Navy, beat Johnny Rees by submission to a rear-naked choke in Round 2.

In other preliminary fights, Justin McCully beat Eddie Sanchez by unanimous decision; and Ben Saunders used a series of knee strikes to beat Brandon Wolff by TKO at the 1:49 mark.
at May 22, 2018