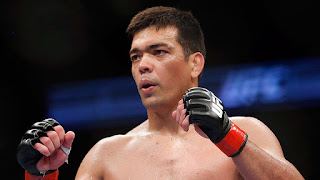 Machida, a former sumo and karate champion, used a right-left combination to knock “Suga” out and claim the title.

In a battle of former welterweight champions, Matt Hughes won a narrow but unanimous decision over Matt Serra. All three judges scored the fight 29-28 in favor of Hughes.

Frankie Edgar kicked off the pay-per-view with a unanimous decision over “The Muscle Shark” Sean Sherk in the lightweight division.

On the pre-show, Tim “The Thrashing Machine” Hague used a guillotine choke to defeat Pat Barry at the 1:42 mark.

Yoshiyuki Yoshida beat Brandon Wolff with a guillotine choke to score his 10th win in his previous 11 fights.