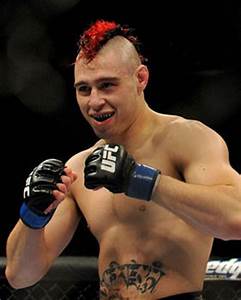 Dan Hardy earned a shot at UFC welterweight champion Georges St.-Pierre at UFC 105.
With his English fans backing him, Hardy won a unanimous decision of Mike Swick. Hardy got his title shot at UFC 111.

Randy Couture won the main event of the tape-delayed Spike TV show with a unanimous decision over Brandon “The Truth” Vera. The fans were not thrilled with the action, which often saw Couture keeping Vera up against the cage.

Hometown hero Michael Bisping used punches and knee strikes to defeat Canada’s Denis Kang by TKO in the second round.

“The Immortal” Matt Brown won his third straight fight, beating TUF 9 welterweight winner James Wilks on a TKO in Round 3.

TUF 9 lightweight winner Ross Pearson thrilled the British fans with a win over Aaron Riley. The doctor stopped the fight due to cuts late in the second round.

Terry Etim forced Shannon Gugerty to submit to a guillotine choke in Round 2. John Hathaway improved to 13-0 with a unanimous decision over Paul Taylor.

Nick Osipczak scored a TKO win over “The King of Bros” Matthew Riddle in Round 3. Dennis Siver hit Paul Kelly with a spinning back kick en route to a second-round TKO.
at January 06, 2019