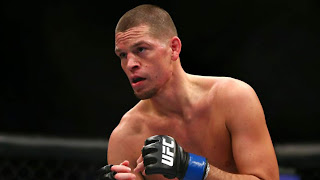 Diaz, coming off losses to Clay Guida and Joe Stevenson, used a guillotine choke to beat “The Young Assassin” in Round 2.

Spike TV aired this show as the lead in to the 10th season of The Ultimate Fighter, which featured heavyweights.

On the pre-show, Mike Pyle defeated Chris Wilson with a guillotine choke in Round 3. Ryan Jensen used the same move to beat Steve Steinbeiss by technical submission in just under four minutes.

Jeremy Stephens defeated Justin Buchholz when the doctor stopped the fight due to a cut at the 3:23 mark.