TUF 11 Finale: Court McGee Comes All the Way Back 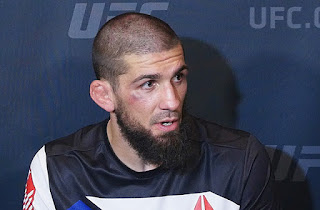 McGee lost his first fight in the competition, but an injury to another competitor gave him a second chance. He defeated Kris McCrary with a rear naked choke in Round 2 to earn a UFC contract.

This season’s competition consisted of middleweights, with Chuck Liddell and Tito Ortiz serving as coaches. Ortiz had to leave near the end of the season for neck surgery, and Rich Franklin took his place.

In other finale bouts, Matt Hamill scored a majority decision over Keith Jardine; and Chris Leben beat Aaron Simpson by TKO in Round 2.

Dennis Siver battled through a cut over his left eye to beat Spencer “The King” Fisher by unanimous decision.

Rich Attonito opened the Spike TV broadcast with a TKO win over Jamie Yager in Round 2. Attonito returned from the injury that opened a spot for McGee.

Some of the TUF 11 fighters competed on the pre-show. Brad Tavares beat Seth Baczynski by unanimous decision; Kyle Noke defeated Josh Bryant by TKO in Round 2; and Chris Camozzi won a unanimous decision over James Hammortree.

In other pre-show fights, Travis Browne beat James McSweeney by TKO at the 4:32 mark, and John Gunderson beat Mark Hoist by unanimous decision.