UFC 114: The Long Road to Redemption 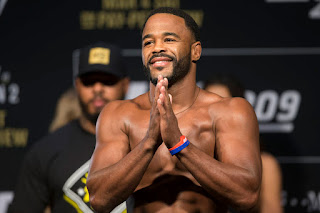 Michael Bisping triumphed in the co-main event with a unanimous decision over Dan Miller. Bisping improved his record to 19-3.

In a heavyweight bout, Mike Russow knocked out Todd Duffee at the 2:35 mark.  Antonio Rogerio Nogueira won a split decision over Jason Brilz.

In the early prelims, “The Young Assassin” Melvin Guillard beat Waylon Lowe by TKO with a knee to the body. Cyrille Diabate beat Luiz Cane by TKO at the 2:13 mark.