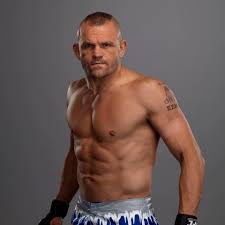 Chuck Liddell made his final UFC appearance at UFC 115, getting knocked out by Rich Franklin in the main event.

“The Iceman” left the Octagon with a pro record of 21-8, and he also enjoyed a two-year reign as light heavyweight champion.

Franklin suffered a broken arm from a Liddell kick in the first round, but he managed to knock Liddell out with a right hand with five seconds left in the first round.
Mirko Cro Cop deviated from his “head-kick” strategy, beating Pat “HD” Barry by submission to a rear naked choke in Round 3.

Carlos Condit beat Rory MacDonald on the pay-view-view opener by TKO with seven seconds left in the fight.

On the Spike TV pre-show, Evan Dunham won a split decision over Tyson Griffin; and Matt Wiman beat Mac Danzig by technical submission with a guillotine choke at the 1:45 mark.

In the early prelims, Mario Miranda beat David “The Crow” Loiseau by TKO in Round 2. Claude Patrick defeated Ricardo Funch by submission to a guillotine choke in the second round.