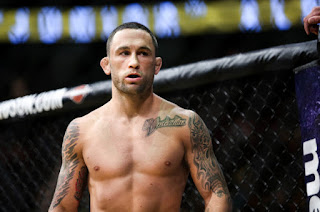 Unlike their first fight at UFC 112, the scoring was not close. Edgar won 50-45 on all three judges’ scorecards.

Randy “The Natural” Couture won his third fight in a row, defeating boxer James “Lights Out” Toney with an arm triangle choke at the 3:19 mark. This was Toney’s only appearance in the Octagon.

Gray Maynard earned the next shot at the lightweight title with a unanimous decision over Kenny Florian.

Nate Diaz opened the pay-per-view with a technical submission win over “The Irish Hand Grenade” Marcus Davis. Diaz won with a guillotine choke in Round 3.

Dan Miller forced John Salter to submit to an anaconda choke in the second round.

Greg Soto defeated Nick Ocipczak by unanimous decision. Mike Pierce beat Amilcar Alves by submission to an armbar in Round 3.