UFC on Versus 2: The Jon Jones Network 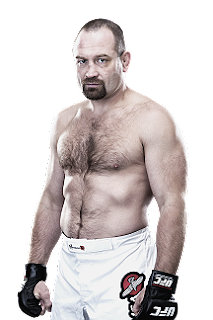 Jon “Bones” Jones headlined the second UFC on Versus show, and it ended just like the first: with a TKO victory.

Five months after beating Brandon Vera in the Versus debut, Jones wiped out Vladimir “The Janitor” Matyushenko with elbow strikes at the 1:52 mark.

The Janitor came in with a 24-4 record and a three-fight win streak, but he couldn’t stop Jones’ march toward a light heavyweight title shot.

Jake Ellenberger defeated John Howard via doctor stoppage in Round 3.

“The Fireball Kid” Takanori Gomi lit up the crowd in the opener by knocking out Tyson Griffin in 64 seconds.

On the pre-show, Charles Oliveira beat Darren Elkins with an armbar in 41 seconds. That bouts was short enough to be shoehorned into the Versus telecast.

“The King of Bros” Matthew Riddle improved his record to 5-1 with a TKO win over DaMarques Johnson in the second round.

Brian Stann beat Mike Massenzio by submission to a triangle choke in Round 3. Jacob Volkmann won a unanimous decision over Paul Kelly.