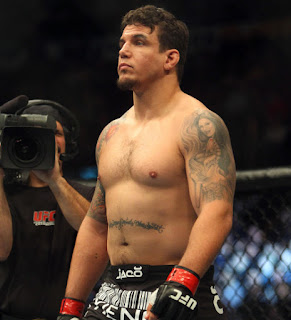 Frank Mir knocked out Mirko Cro Crop in the main event of UFC 119.

In the UFC’s first trip to Indiana, former heavyweight champion Mir used a knee strike and a flurry of punches to beat the Croatian legend in the final minute of the fight.

In the co-main event, Ryan Bader remained undefeated with a unanimous decision over Antonio Rogerio Noguiera.

In the early prelims, hometown hero Sean McCorkle forced Mark Hunt to tap out to an armbar in 63 seconds, as both men made their Octagon debuts.