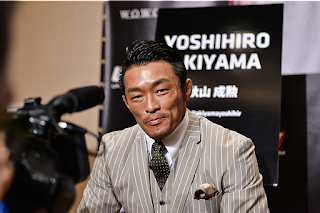 Michael “The Count” Bisping thrilled his British fans by defeating Yoshihiro Akiyama in the main event of UFC 120.

Bisping survived an early right hand and used his wrestling to take control in the second round. Bisping went back to striking to hold Akiyama off and seal the unanimous decision.

Carlos Condit knocked out Dan Hardy at the 4:27 mark in the co-main event. Both men threw left hooks at the same time, but Hardy went down.

UFC 120 was not a pay-per-view, but it aired on tape delay on Spike TV.

In the heavyweight division, Cheick Kongo fought to a rare unanimous draw against Travis Browne. Kongo would have won if he hadn’t been penalized one point for grabbing Browne’s shorts.

Claude Patrick opened the telecast with a unanimous decision over James Wilks, who won Season 9 of The Ultimate Fighter.

On the pre-show, Alexander Gustaffson forced Cyrille “The Snake” Diabate to submit to a rear naked choke. Rob Broughton used the same hold to beat Vinicius Querioz in the third round.

Fabio Maldonado beat James McSweeney by TKO in Round 3.

In the lightweight division, Spencer “The King” Fisher beat Curt Warburton by unanimous decision; and Paul Sass defeated Mark Hoist with a triangle choke at the 4:45 mark.