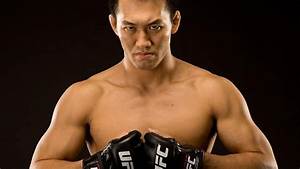 Yushin “Thunder” Okami emerged as the next contender for Anderson Silva’s middleweight title at UFC 122.

Okami won a unanimous decision over Nate Marquardt, busting him open in the third round en route to victory. Okami would get his title shot nine months later at UFC 134.

In the co-main event, Germany’s own Dennis Siver defeated Andre Winner with a rear naked choke at the 3:37 mark.

Duane “Bang” Ludwig kicked off the TV show with a split decision over Nick Osipczak.

Vladimir “The Janitor” Matyushenko beat Alexandre Ferreira by TKO with elbows and punches at the 2:20 mark.

Kyle Noke improved to 2-0 in the Octagon, beating Rob Kimmons with a rear naked choke in Round 2.

On the pre-show, Karlos Vemola of the Czech Republic beat Seth Petruzelli by TKO in 3 minutes, 46 seconds. Carlos Eduardo Rocha beat Kris McCray by submission to a kneebar at the 2:21 mark.