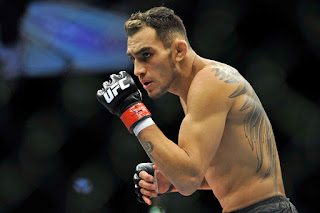 Ferguson won the welterweight tournament final by knocking out Ramsey Nijem in just under four minutes.

Brock Lesnar and Junior dos Santos were the coaches for the TUF season, but their match at UFC 131 was canceled due to Lesnar’s diverticulitis.

Clay “The Carpenter” Guida moved closer to a lightweight title shot with a unanimous decision over Anthony Pettis.

Scott Jorgensen knocked out Ken Stone in just over four minutes. Rueben Duran defeated Francisco Rivera in the third round with a rear naked choke.