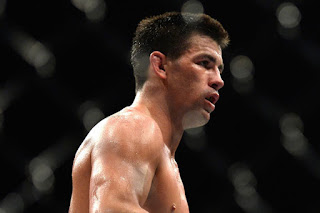 Dominick Cruz avenged the only loss of his career, beating Uriah Faber at UFC 132.

Tito Ortiz won his first fight in five years, beating Ryan Bader with a guillotine choke at the 1:56 mark. Bader had a 12-0 record until he met Jon Jones and Ortiz.

Carlos Condit opened the PPV with a knockout win over Dong Hyun Kim.

On the Spike TV pre-show, “The Young Assassin” Melvin Guillard knocked out Shane Roller at the 2:12 mark.