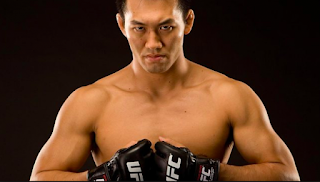 Anderson Silva continued his dominance of the middleweight division at UFC 134.

“The Spider” defeated Yushin "Thunder" Okami by TKO in the second round for his ninth successful title defense over a five-year span.

Mauricio “Shogun” Rua knocked out Forrest Griffin in the co-main event at the 1:53 mark.

Edson Barboza scored a split decision over Ross Pearson; and Stanislav Nedkov opened the pay-per-view with a TKO win over Luiz Cane in 4:13.

On the Spike TV pre-show, Thiago Tavares beat Spencer “The King” Fisher by TKO in Round 2; and Rousimar Palhares beat Dan Miller by unanimous decision.