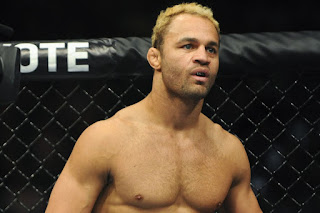 Rampage Jackson hung on until the fourth road, but he was unable to stop Jon Jones from retaining the light heavyweight title at UFC 135.

Jones (14-1) earned the submission victory with a rear naked choke for his first successful title defense.

Josh Koscheck knocked out former UFC welterweight champion Matt Hughes with one second left in the first round.

In the PPV opener, Nate Diaz beat “The Fireball Kid” Takanori Gomi by submission to an armbar at the 4:27 mark.

The other preliminary fights aired on Facebook. James Te Huna of New Zealand knocked out Ricardo Romero in 47 seconds.