UFC on Versus 6: Above My Weight 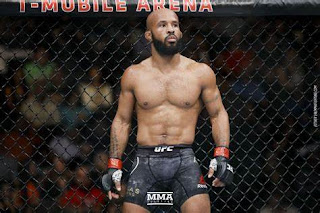 Dominick Cruz retained the UFC bantamweight title against Demetrious “Mighty Mouse” Johnson at UFC on Versus 6.

Cruz improved to 19-1 and made his fourth defense of the 135-pound title, which he brought over from WEC when UFC bought the company.

Mighty Mouse then dropped to 125 pounds and started climbing toward the flyweight title, which he would hold for almost six years.

In heavyweight action, Stefan Struve forced Pat Barry to submit to a triangle choke in Round 2.

Anthony “Rumble” Johnson beat Charlie Brenneman with a head kick TKO at the 2:49 mark. Watch this.

Matt Wiman bounced back from the end of a three-fight win streak to score a unanimous decision over The Ultimate Fighter Season 6 winner Mac Danzig.

On the Facebook pre-show, the “The Master of Thug Jitsu” Yves Edwards beat Rafaello Oliveira by TKO in Round 2. Paul Sass used a heel hook to beat Michael Johnson at the three-minute mark.

Mike Easton beat Byron Bloodworth by TKO in the closing seconds of the second round. TJ Grant beat Shane Roller by submission to an armbar in Round 3.

Walel Watson (9-2) won his UFC debut by TKO over Joseph Sandoval in 77 seconds.  Josh “The Dentist” Neer defeated Keith Wisniewski when the doctor stopped the fight after the second round.
at February 19, 2020