UFC 137: The Once and Future Main Eventer 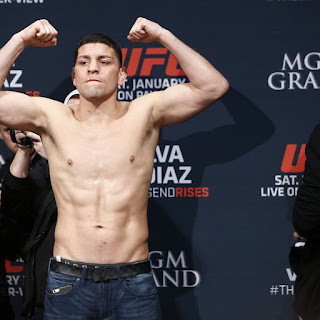 Nick Diaz bounced back from a lost title shot to win a unanimous decision over BJ Penn at UFC 137.

Diaz was scheduled to face Georges St. Pierre for the welterweight title, but the UFC stripped him of the title shot for missing media appearances.

After GSP dropped out of the show due to injury, Diaz was reinstated to the main event against Penn. After scoring the win, Diaz would battle for welterweight gold in his next two fights.

In another big heavyweight clash, Roy “Big Country” Nelson defeated Mirko Cro Cop by TKO in the third round.

Scott Jorgenson won a unanimous decision over Jeff Curran in the bantamweight division. Cro Cop would not return to UFC until 2015.

Hatsu Hioki opened the pay-per-view by winning a split decision over George Roop.

On the Spike TV pre-show, Donald “Cowboy” Cerrone forced Dennis Siver to submit to a rear naked choke at the 2:20 mark.